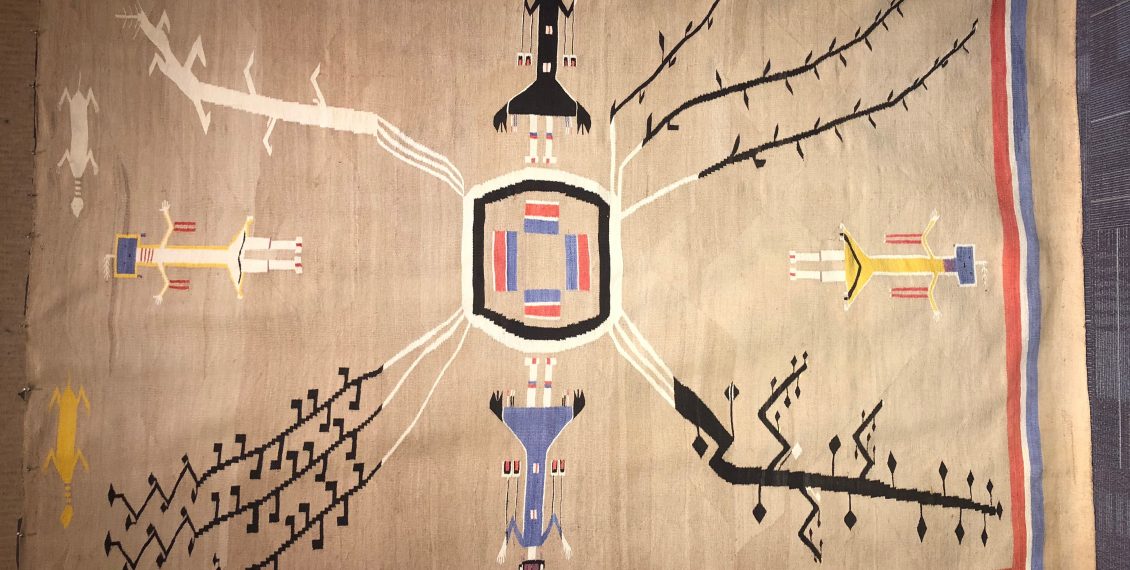 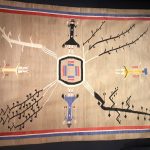 Description & Condition: Navajo 1920s Sandpainting rug. As referenced in the book, “Navajo Weavings With Ceremonial Themes – A Historical Overview of a Secular Art Form” (page 123), this Sandpaining was most likely based on a chant in a Mountainway performance near Gallup, New Mexico in the early 1880s.  An account of the chant was reproduced in a Sandpainting called “People of the Myth” and later another variation, “Mountainway People of the Myth” by an unnamed Navajo women in the 1920s.  Four “People of the Myth” or Mountain Gods are represented in four quadrants.

On page 126 of the same book, there is a Sandpainting rug made by Hosteen Klah that is almost the identical size of this one.  This particular Sandpainting (that we have listed) for the age, theme and condition is extraordinarily rare.

This rug is in excellent condition. Please contact us for price or additional pictures.

How to Tell Real Navajo Rugs from the Fake Ones