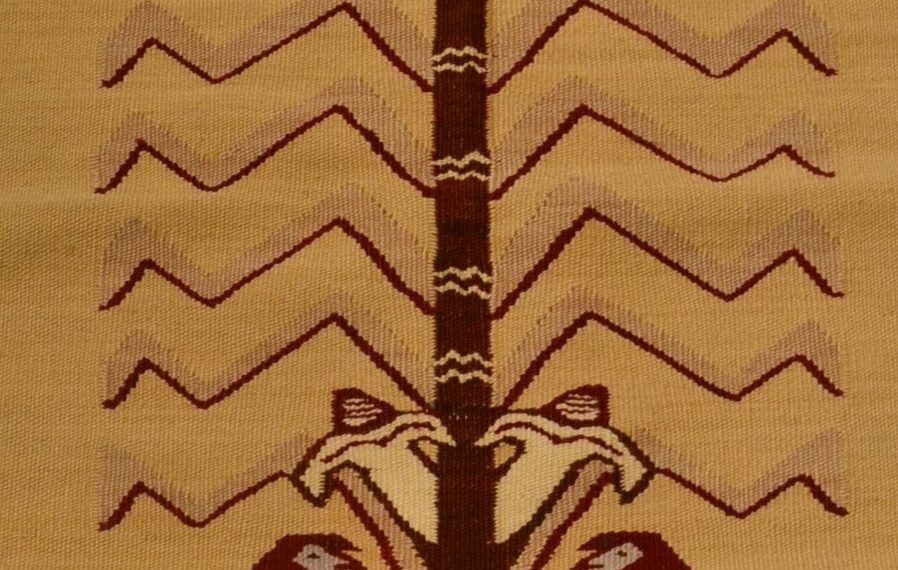 Note:  This is a very brief synopsis of the history of Navajo Weavings. A comprehensive history could be four hundred plus pages.

Also, note that historically, the Navajo women did the

weavings with some rare exceptions. With the Navajo being a matriarchal society, the women did much of the farming for corn, beans and squash. The Navajo (primarily the Navajo women) were sought after as slaves by some of the Southwest tribes, Mexicans, and Americans. So the content below is referring mostly to the Navajo women.

Navajo legends say that the Navajo people first learned to weave from “Spider Woman”. However, based on evidence, the Navajo were very likely weaving when

they arrived In the Southwest just a few hundred years before the Spanish conquistadors who brought the sheep to the new world. They may have used cotton and/or mountain sheep wool.   Wool was first used to weave

in the 1600s. This happened as a result of the Spanish coming to

American shores to conquer the Pueblos and to look for gold. During this time the

during this time the Navajos adopted some of the Pueblo ways of weaving.

moved away from the Pueblo influence and had taken control  of their own style.

By this time, the quality of Navajo weavings was considered to be superior and

the weavings were very valuable with vivid colors and being woven very tightly.

By the mid-1800s, the Navajos had returned to their original area (mesas and canyons) and began to depend more on the sale of weavings.

The railroad in the late 1800s made it easier for the Navajos to do commerce.  Around the same time trading posts were opened on the Navajo reservations and floor rugs became more popular among the general population.

During the early 1900s Navajo Weavings became more of what we are used to seeing today with regional styles developing later.

HOW TO TELL REAL NAVAJO RUGS FROM FAKE ONES

Call for an appt. to visit our gallery or with any questions:

or email us at: